Out of Office: A Q&A with Caitlin Starnes | Aerial Silks

Caitlin Starnes, Regency Centers' Leasing Assistant in our Raleigh office, has been practicing and performing aerial silks for two and a half years. Find out what aerial silks are and what Starnes says is the most gratifying part of the exercise below. 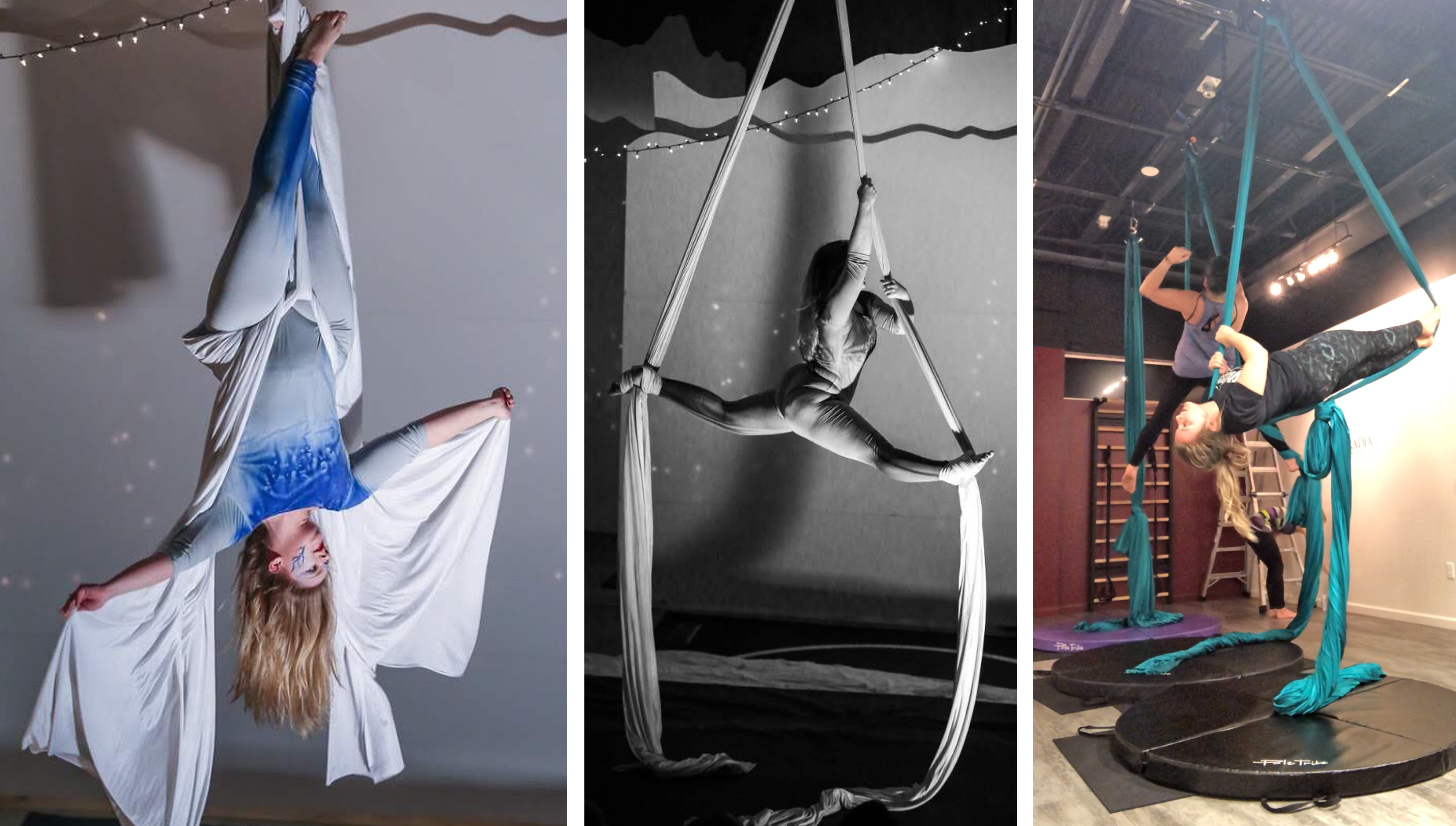 RC: When did you start doing aerial silks?
CS: I went to my first aerial silks class at the beginning of December in 2016 at a rock climbing gym in Boone, NC where I was living at the time. A friend had started her aerial journey about a year prior and kept insisting that I would fall in love with it. She was beyond right about that. When I moved to Raleigh, I picked up two new apparatuses — lyra and aerial sling — while continuing to train in aerial silks. Lyra is a circle hoop made from steel that is suspended in the air. The hoop is used as a brace to move around and make different shapes in. An aerial sling is one of the silks that has both ends tied to the suspension point. It is the same apparatus that is used for aerial yoga in a lot of studios.

RC: How would you best describe aerial silks to someone who’s never seen or done them before?
CS: I have regularly described aerial silks as “the curtain/ribbon climbing that they do at the circus.” That usually rings some part of a bell, but if it doesn’t then I have likened it to suspending yourself in the air by tying various knots in two pieces of fabric (or just one if it’s aerial sling) all while trying to be elegant, graceful, and pretty.

RC: Tell us a bit more about the activity — is it a form of exercise? Do you attend an aerial silks 'class'?
CS: I use aerial as my main form of exercise, and it is my motivator to do other forms of exercise, like running. I attend an aerial silks class most Mondays, an aerial sling class most Thursdays, and a balancing/handstand class on Sundays. I attend open gym on Fridays or Sundays, depending on the week, but definitely try to get into the studio at least four times a week.

RC: Anything else you'd like to add about aerial silks?
CS: A side note that I like to tell everyone when talking about aerial: the best and single most important thing that I have learned from aerial arts and being part of the aerial community is to accept wherever I am with my body and myself that day, to understand that both of those things might be different — for better or worse — tomorrow, and to know that, regardless, it is awesome just the way it is. This philosophy has resonated with me in other aspects of my life and is something that I have tried to share with other girls that I have met who are just starting their aerial journey. 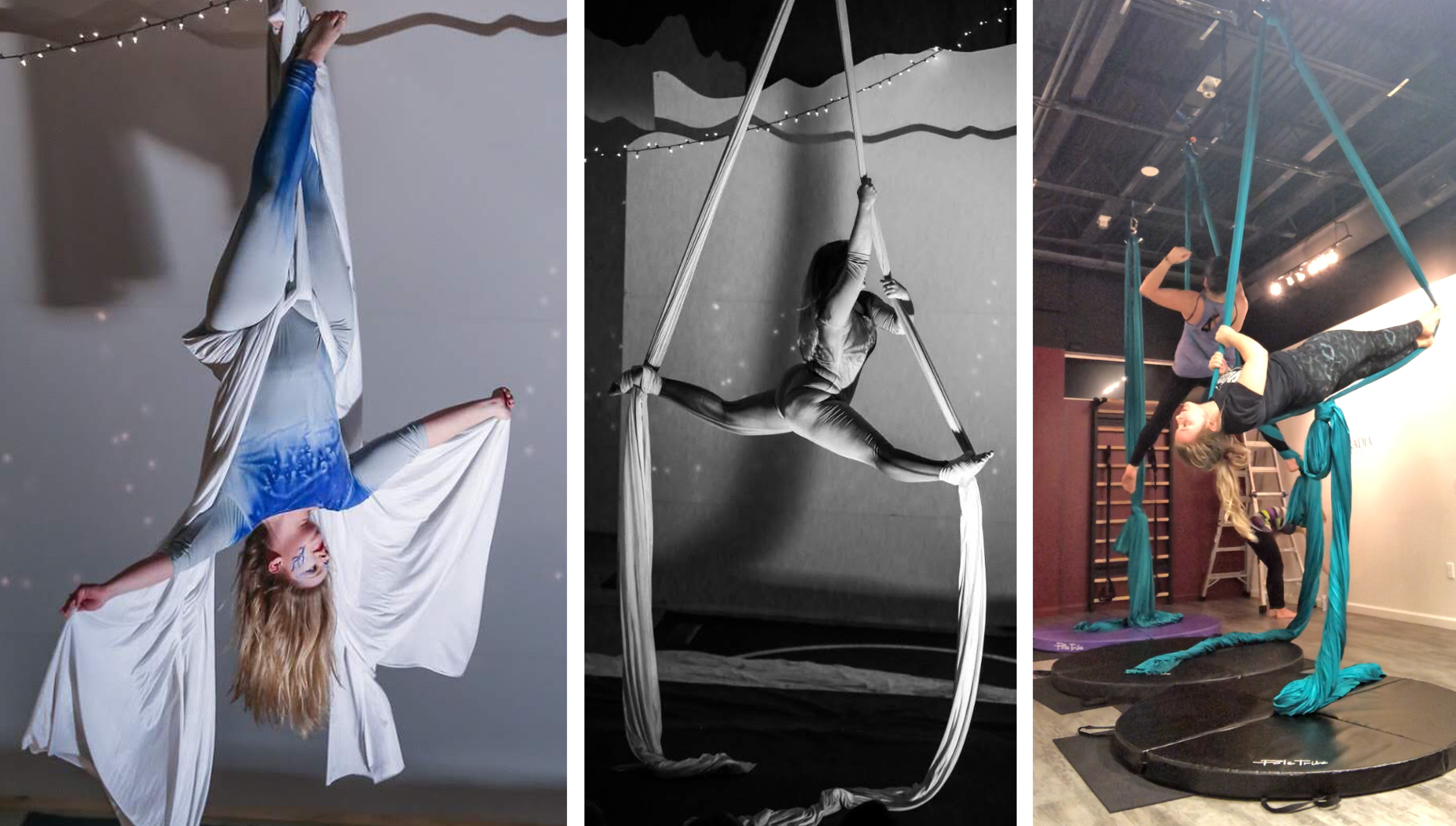