Out of Office: A Q&A with Jose Borrego, Macy's Thanksgiving Day Parade

Jose Borrego, Senior Project Manager in Regency's Tampa office, was among millions — on the streets and viewing from the comfort of their couch — when he and 450 fellow members of marching band 'The Awesome Original Second Time Arounders' performed in the 2019 Macy's Thanksgiving Day Parade. In New York City for the parade, Borrego met several celebrities behind the scenes and says that seeing all the floats and the classic enormous balloons up close was priceless. Below he reflects on the amazing experience of being part of the largest parade in the world with 3.5 million people in attendance and more than 50 million people watching worldwide.

RC: Tell us about how your experience marching in the Macy’s Thanksgiving Day parade came to be.
JB: I am part of an adult marching band that has been in existence for 38 years based out of the St. Petersburg (FL) area. The band is called “The Awesome Original Second Time Arounders” and it’s the largest permanent adult marching band of this type in the entire world. People travel from all over the country, and some cases from all over the world, to be part of this group. The Macy's Parade typically has between 120-150 applicants from all over the country and only nine bands were selected for the 2019 parade. This was a big honor for the group, since the band had performed once already back in 2008 and this was the second time we had been invited to perform.
It was an amazing experience — I have always wanted to be part of the biggest parade in the world! 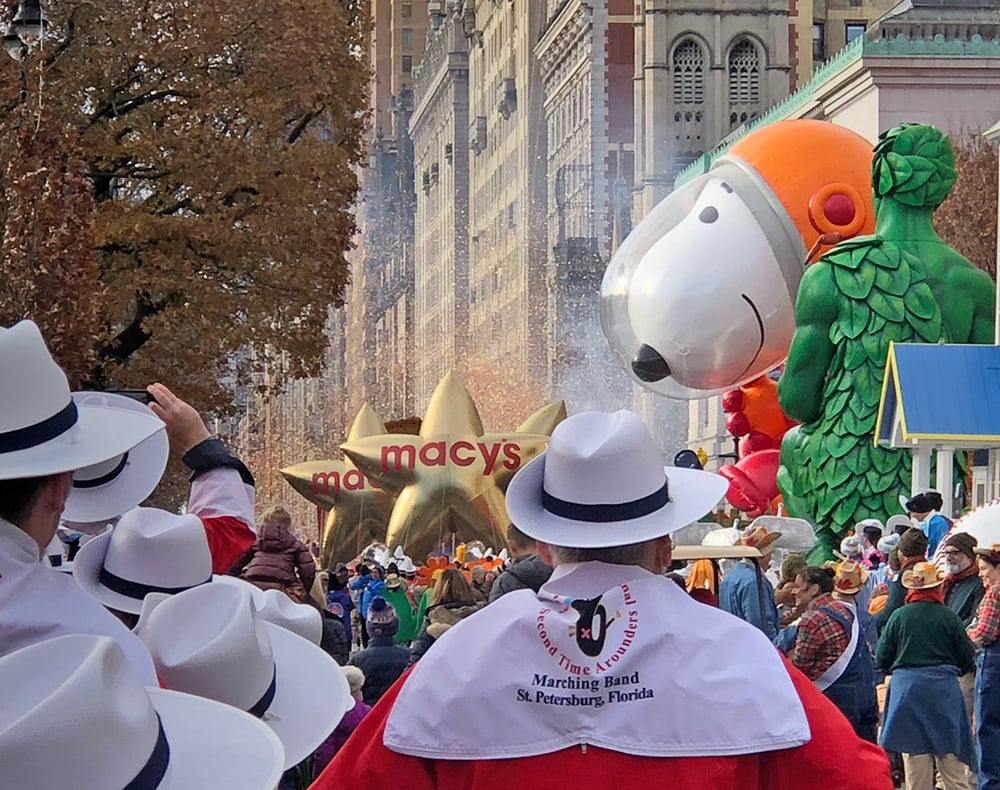 RC: How many people are in the band? How often do you get together/practice?
JB: The overall band varies in size between 450-500 members. About 450 members marched in the parade. During different times of the year we meet about once a month. Depending on the season and upcoming events we can meet 2-3 times a month in an overall band group and about 2-3 times a month as an individual percussion section group. We play several different concert venues and parades throughout the year including special event concerts for cities and municipalities, sporting events, parades, etc.

RC: What’s up next for you and Second Time Around?
JB: I will be joining the band for the next 2020 season. We will participate in many events and parades and there will be one major special event but it has not been announced yet.