Last week, 10 companies had the opportunity to pitch their products for a spot on the shelves of WeWork’s new in-house retail hub, WeMRKT. Among the product contenders at WeWork’s NYC headquarters included sustainably-packaged spring water, bottled gazpacho and other specialty products designed with the co-working environment in mind. With a growing network of 287 locations across 77 cities and 268,000 members worldwide, this move into the retail space is a natural progression for WeWork, and follows WeWork’s Honesty Market — a self-serve snack and beverage store that launched in 2013.

“When you look at the demographics of WeWork, it’s a very entrepreneurial market — what a great place to capture those like-minded people,” said marketing consultant Judge Graham, according to Digiday. Graham also noted that WeWork plans to offer sales reports and data feedback that employees can collect by way of a Slack channel. According to Jeff Holzmann, managing director of commercial real estate investment company iintoo, “WeWork’s expansion to retail has a lot of potential, with some parallels to Amazon’s growth in multiple business areas. As the WeMRKT model scales, it will need to carefully consider the store inventory’s ongoing relevance to the member population to continue to be successful."

Revolutionizing the co-working experience after starting simply with short-term office spaces, this expansion from WeWork is a smart business decision that expects a ton of potential. “The challenge is if WeWork as a brand can stay cool and offer things people want and desire. I think every retailer should pay attention to what they introduce to the market,” said Holzmann. 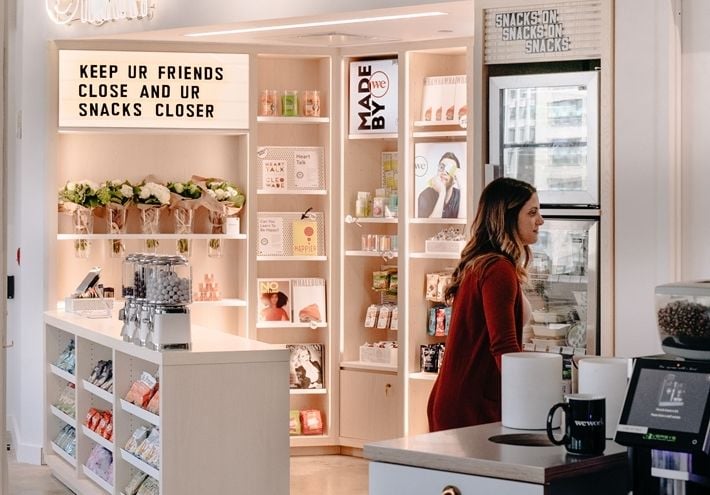