Out of Office: Chris Condon on Bikepacking With His Family

Anyone who meets Chris (Regency's Director, Market and Retail Research) quickly learns how passionate he and his family are when it comes to the topics of traveling, staying active, and enjoying the great outdoors. Similar to Alex Johnston’s story, Chris, his wife, and their four kids (two sons and two daughters) have structured their lives around pursuing these passions during most of their downtime from work and homeschool.

Having grown up with a love of mountain biking, hiking, camping, and backpacking, it only makes sense that blending those things into “bikepacking” is Chris’ preferred form of transportation these days — and his whole family enjoys the sport just as much. The synthesis of all-terrain cycling and self-supported backpacking, bikepacking evokes the freedom of multi-day backcountry hiking and travel off the beaten path, but with the range and thrill of riding a nimble bicycle. It’s about venturing further into places less traveled, both near and far, via singletrack trails, gravel, and forgotten dirt roads, carrying the essential gear, and not much more.

His family embarked on two big bikepacking trips in 2021 — one with a starting point in Flagstaff, AZ and one on the George S. Mickleson trail in South Dakota. In Flagstaff, they created their own adventure by cutting a 185-mile backcountry loop into their own 75-mile one. Carrying everything they needed for their adventure on their backs (and bikes) to be fully self-sufficient, the Condons set out for their two-day adventure, stopping at their first water source halfway through, setting up camp at night, and finishing strong the following day.

In retrospect, we probably did that trip a little too fast,” Chris laughed. “75 miles in two days was really big for my kids. They absolutely crushed it, though. They wanted to do a longer ride, and have the satisfaction of completing it, and that’s exactly what they did. The added constraint of running out of water on the first day provided a really big lesson in adversity and perseverance. Rationing what we had and making it to the end was something that put things in perspective for us. It was a really cool family experience.

Later in the year, they hit South Dakota’s 109-mile Mickelson Trail, riding across the span of four days. From Deadwood to Edgemont, South Dakota, they biked through the Black Hills — basically North to South of the state — and opted to stay in cabins and motels instead of camping at night for an easier, more laid back journey. 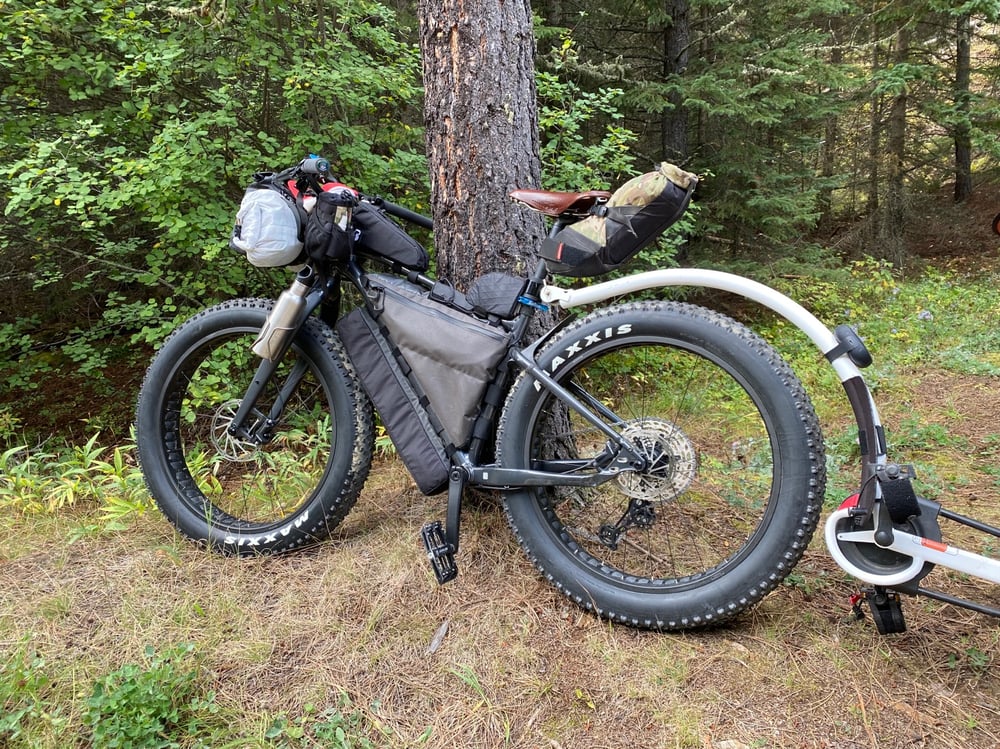 I carry a lot of water and gear when we ride — in addition to towing my five-year-old behind me,” he said. “We like to talk and have fun as a family while riding, and my five-year-old daughter loves to enjoy her music on a Bluetooth speaker, add constant commentary, and is sure to tell me if I’m going too fast and things are too bumpy,” he laughed. “This one was a one-way ride versus a loop, and it’s basically up-and-down — there weren’t a lot of flat, level areas since, so we pretty much went up one mountain and down the next.

When the Condons are traveling, bikepacking is always their go-to sport. Most weekends, they can be found indulging in whatever terrain options are around them at the time, whether single-track or dirt road rides. Presently, Chris’ two oldest children are undergoing a training program that they do throughout the week between school work, taking various daily rides from intervals to various tracks, as they prepare for an upcoming cross-Florida race that Chris will be joining them on. 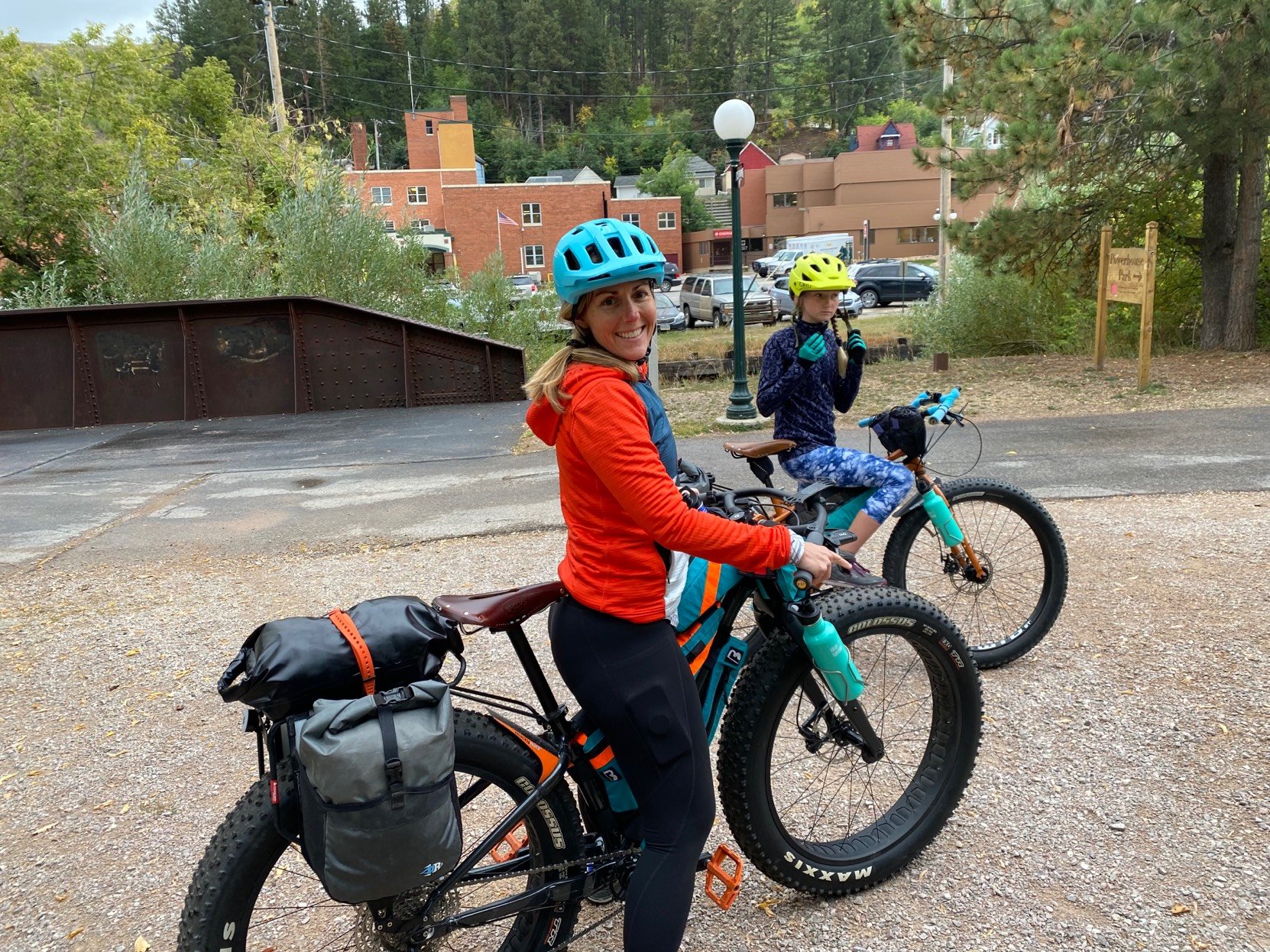 We’re all really motivated by bikepacking, especially since it’s something we all love doing together as a family,” he said. “Time with kids flies by so fast, and we’re lucky to have these adventures to look back on. We’ve had some injuries along the way, including one major fall on the Mickelson trail, but it’s always a learning lesson, and a memory nonetheless. 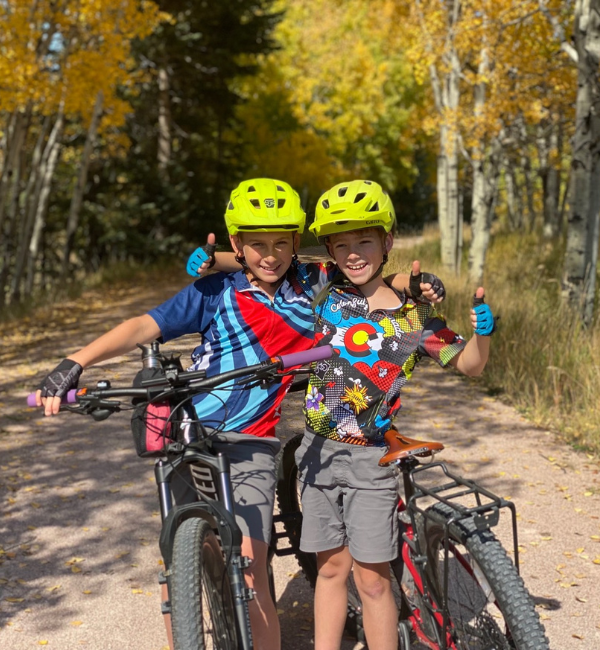