Five thousand plants. Nine varieties of succulents. Three irrigation systems. And one 22-foot-long blank canvas to be transformed: a white wall outside of Starbucks at Twin Peaks in sunny Poway, CA.

The living art piece was completed in September 2018 after ten days of hard work. Twin Peaks is proud to be home to the massive 36-foot x 25.6-foot green wall designed by Seasons Natural Engineering — and it even has a built-in irrigation system that Seasons maintains. 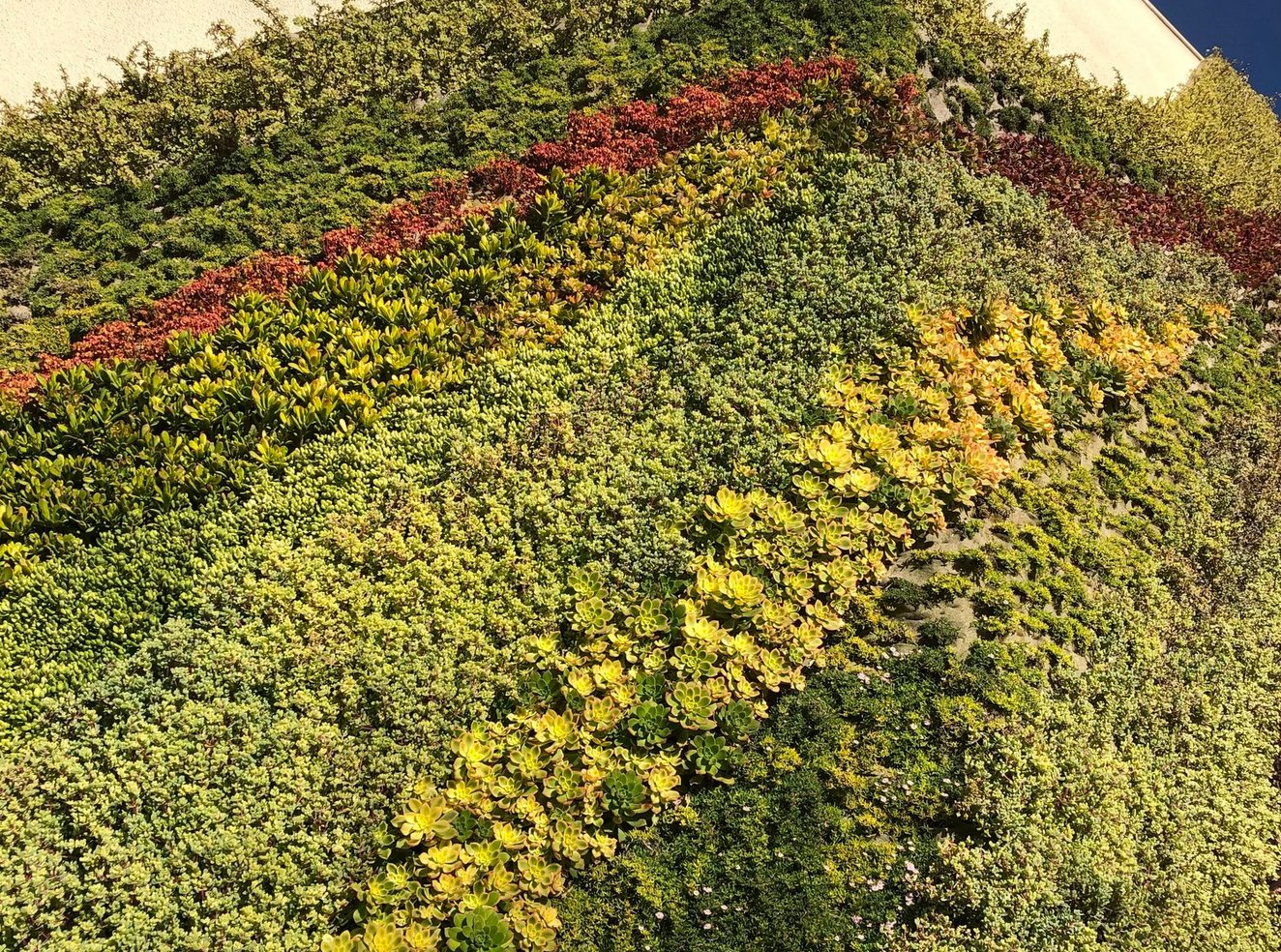 When a lease was signed with the new grocer, the team wanted to update the storefront architecture to give it a fresh, updated look. 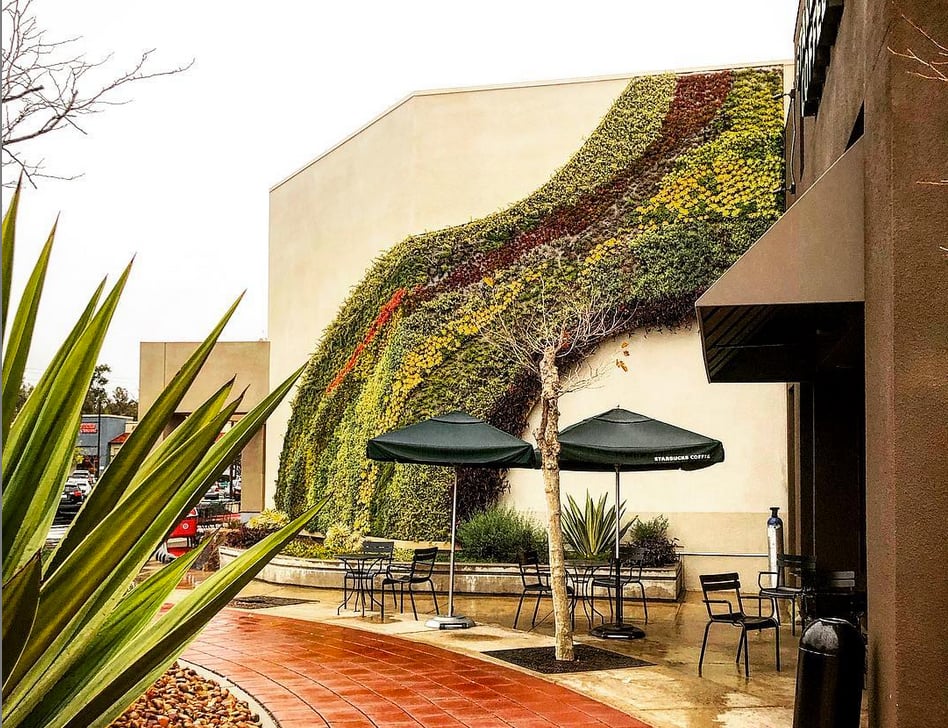 “We came up with a concept that updated several of the buildings elements,” Hargrave continued. “One of those elements was a large blank wall that was highly visible and was the perfect canvas for a green wall. Though only a small portion of the updated storefront concept got funded, the green wall was funded because it provided a signature element with high visibility from the center's main entrance, dressed up the grocer’s storefront and had the added advantage of facing a patio used by Starbucks customers.”

The team diligently reviewed countless photographs of existing green walls, plus dozens of design drawings before deciding on the current design, which utilizes nine varieties of succulents and has more than 5,000 individual plants.

Its underlying structure is made from layers of felt manufactured from recycled plastic bottles. An irrigation drip line resides at the top of the wall and feeds nutrient-rich water to the plants. The felt layers then help to wick the water evenly throughout the entire expanse of the wall. Most of the plants were chosen for their drought-tolerant qualities and for durability in varying micro-climates.

A wooden sign is affixed near the wall with #twinpeaksgreenwall. It encourages passersby to snap their photo in front of it. A fun fact: it was purchased on Etsy from a local nearby artisan, Cades and Birch.

Local plant enthusiast and blogger, Christine, of the appropriately named 'Work Hard, Plant Hard' blog visited and snapped a few shots. She even added it to her California ‘planty places’ list.

If you ever find yourself in Poway, be sure to swing by and snap a photo in front of the wall and post it to Instagram using hashtag #twinpeaksgreenwall. 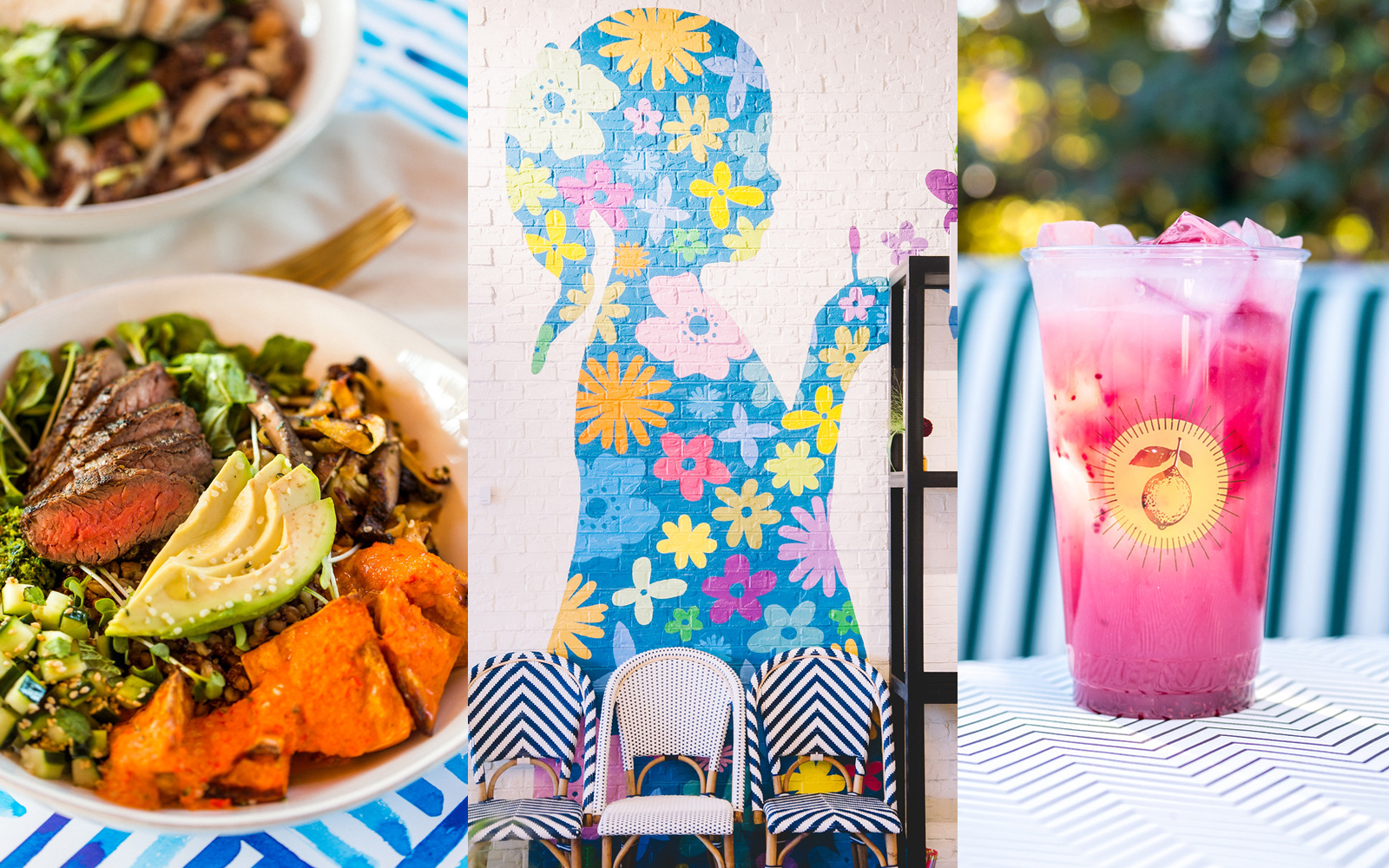