Caron Streibich
Inside Regency May 7, 2019

Thousands of area runners competed in the BKS Partners Corporate 5k Run downtown on May 2. Regency's 70-person team was made up of employees plus their children, spouses, siblings, and parents. We took home first place in the Miscellaneous Division after going up against 13 other local companies in the race's second largest division (tied with manufacturing and following banking, which has 18 companies). 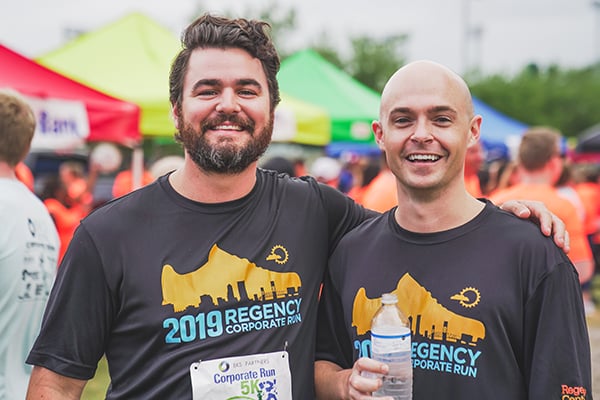 Regency placed first in our division in the Men’s, Women’s, and Mixed Categories.

The rough course and muggy weather made the race pretty challenging, but it was great to run alongside coworkers and cheer for them as they crossed the finish line," said David Paulk, Regency Centers Senior Accounting Analyst and Team Captain. "I appreciate all the work the volunteers did to coordinate everything, and I’m grateful to Regency for sponsoring the team — it’s a great way to connect with coworkers outside of the office. Now that we are the reigning champs, I hope even more people will join us next year to keep the streak going!

"Races are always fun but it's even more fun to run alongside friends — while sporting the coolest Regency running gear — and cheer them on at the finish line," said Jill Griffin. "I am proud to be a part of such a large group of people who strive for a balance of fun and hard work!" 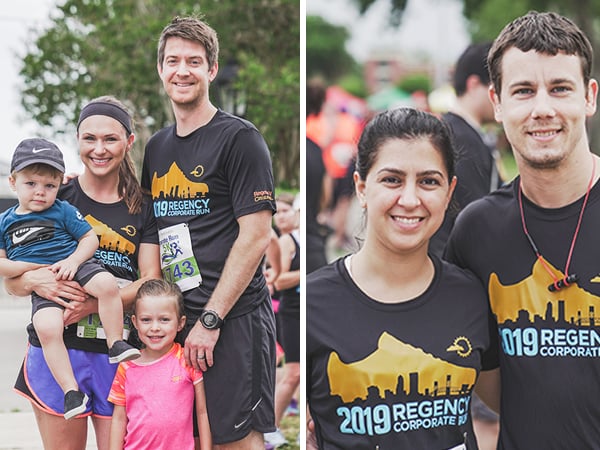