RC: Was this your first time running 26.2 miles — a marathon?
LC: No, this was my sixth full marathon.
CS: I ran the Donna full marathon 11 years ago, and have stuck to the Donna half marathon (13.1 mile) since. 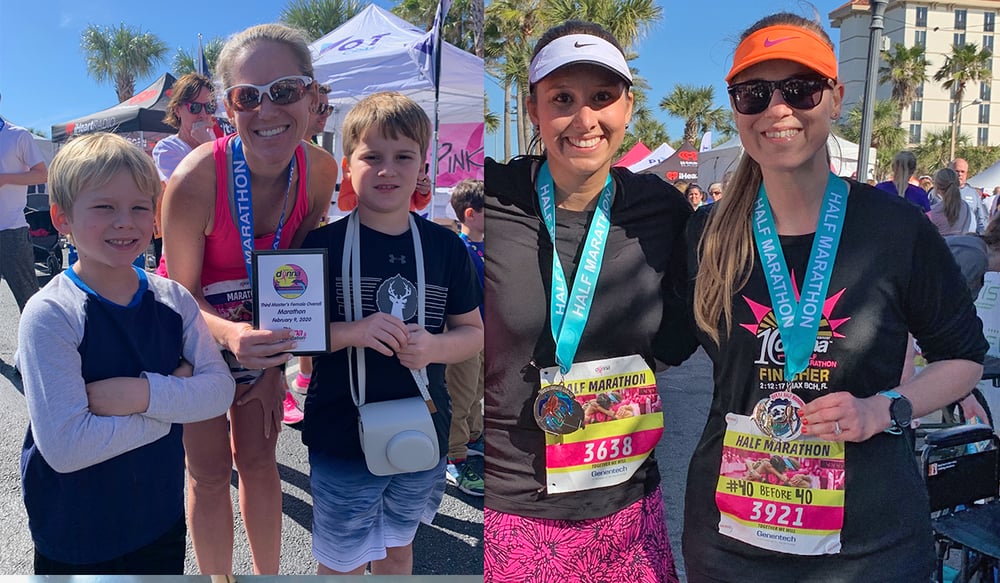 RC: Caron, tell us about your goal of running 40 half marathons before 40.
CS: With my 40th birthday on the horizon later in 2020, I set the goal about a year ago when I was at 34 half marathons. A friend said, "you should do 40 before 40" and the idea stuck, and became a goal.

RC: Did you run the race by yourself or with anyone — friends or family?
LC: While we didn’t run together, my mom came down from Atlanta and ran the marathon as well. She’s run more than 25 marathons and is my biggest cheerleader and coach!
CS: I ran with two girlfriends. Coincidentally both were recovered from the flu and coughed the whole race, so we just took it easy and enjoyed the cheering fans and decorations along the scenic course.

RC: What's next, race-wise, for each of you?
LC: I’m running the Gate River Run 15K in early March.
CS: I plan to take a few months off from distance running. Then I'll see about going for a new goal of running 50 before I turn 50.

At the start of this year's 26.2 With Donna race in Neptune Beach, FL (Photo Caron Streibich)

RC: What advice would you give to the non-runners or short-distance runners out there who might be looking to run their first distance race?
LC: Just get started — even if you are walking more than running. Every run, challenge yourself to run a minute longer than you did the run before. In time you’ll be running more than walking. Most importantly, pace yourself and have FUN!
CS: Follow a training schedule or join a local running group for support and motivation. It's much more enjoyable and doable knowing you have others holding you accountable, and that they are working toward the same thing you are. And know that anyone can do it, regardless of age or initial fitness level. A five-minute walk becomes a five-minute jog, which becomes a run. A one-mile run then becomes a double-digit run, and so forth.

Several thousand runners compete during the 26.2 With Donna race weekend. For more information on the race, click here. 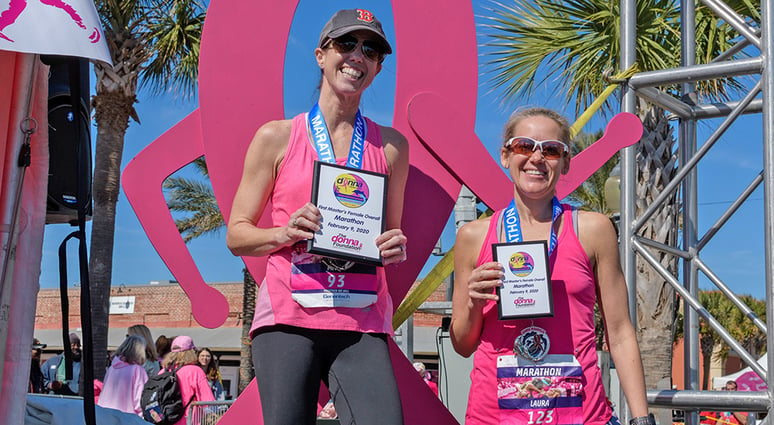 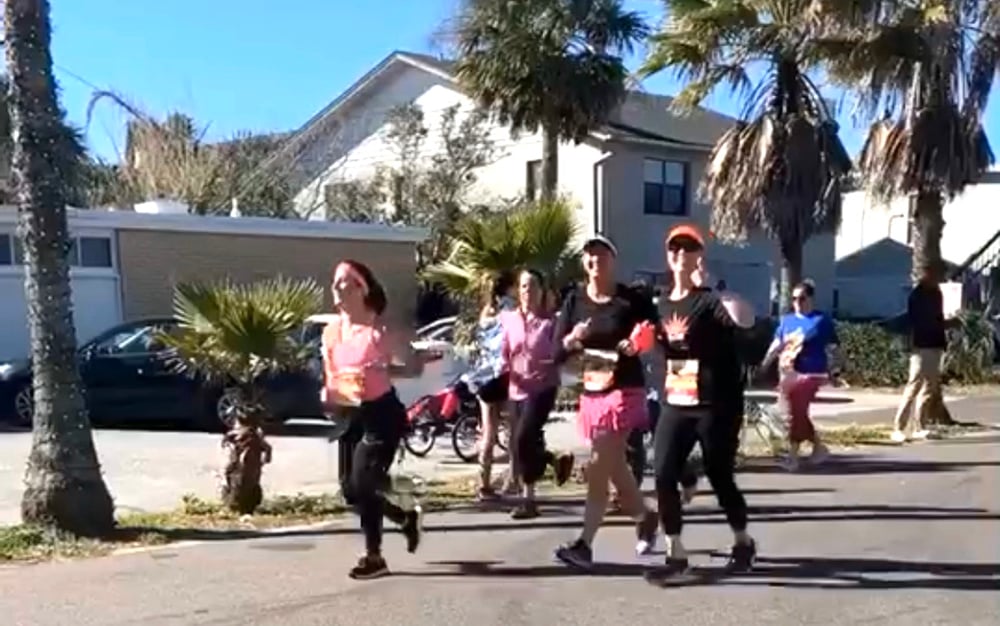 Streibich (right) nearing mile 11 of her 13.1-mile half marathon